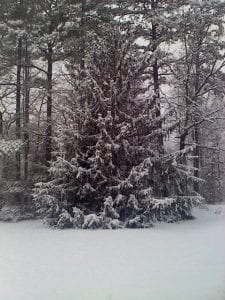 This week in the spotlight is Christina Lambert with her new release Bears edge. I asked her what she liked about the winter holidays and to share a recipe she loves.

I live in Virginia, and winter here is pretty cold (compared to our hot summers). We see a fair amount of snow in winter so building snowmen, sledding, and drinking hot apple cider are a few of my cold weather traditions. I have participated in a few charity 5k runs in the freezing cold and each time I ran in the cold, I came across the finish line feeling like a sweaty popsicle. One particular race involved donating gifts for a children’s charity. Many of the runners were dressed up in ridiculously fun Christmas outfits. A group of shirtless men in striped socks and elf hats sang Christmas carols the entire way.

In winter, when the snow is falling, the roads are impassible, and everything gets quiet for a moment, that’s usually my cue to slow down and get out of my headspace for a little while and re-connect with everyone I’ve been missing. During the holiday season, I like to spend extra time with my kids during their winter break from school. I also like to catch up with family and friends, usually meeting up for dinner where everyone brings a dish so no one has to do all the cooking. One of my favorite treats during the winter is Peppermint Ice Cream Pie. I’m not the most patient cook but this simple recipe doesn’t keep me stuck at the stove for hours.

Place the peppermint ice cream in the refrigerator for 15 minutes to soften.

Spread the softened ice cream into the frozen pie crust.

Put the whipped cream topping on top of the ice cream.

Arrange candy canes on top of the pie.

Freeze for several hours or until firm. Drizzle with chocolate syrup if you want it extra sweet. 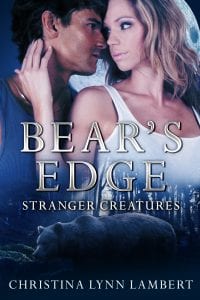 A boss can’t date her employee—simple as that. No matter how much Shayla wants to unravel a few of Grant’s mysteries and take her friendship with the shy, sarcastic man to the next level, she’s determined to keep her fantasies of him to herself.

After bear shifter Grant lost his girlfriend and three best friends in a fire, he did his best to shut himself off from everyone around him. Falling for Shayla wasn’t part of his plan, but after a kiss that leaves them both speechless and hungry for more, Grant can’t keep his desire for his boss under wraps any longer. When things between the two of them get hotter than he could have imagined, Grant wonders- will some of his darker desire be too much for Shayla or will she embrace the needs he’s kept hidden for so long?

An obnoxious reporter and Shayla’s bitter ex have teamed up to chase down conspiracy theories that could destroy Shayla’s business and worse, put her life in danger. To find their happily ever after, Shayla and Grant will have to trust in each other and find a way to crush all the obstacles standing in their way.

You can Buy it here

A few years ago, I read my first romance novel and I was hooked, so much so that I decided to give the idea of writing a story a chance.  My style is more gritty than sweet and I look forward to writing many more stories with strong heroines and imperfect but determined characters. Love, courage, hope, and second chances are a few of my favorite themes. When I’m not writing, I enjoy spending time outside and finding ways to avoid cooking. I live in beautiful Virginia with my husband two daughters, and a sweet, hairy monster of a dog.

You can Stalk here:

What do you lie about the winter Holiday season?