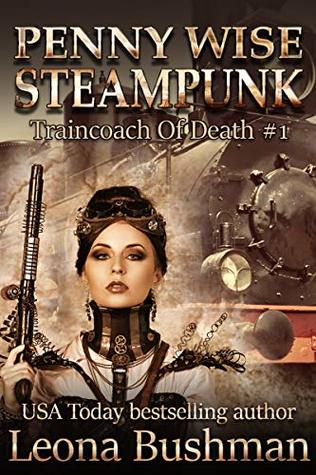 Hi, ya’ll.  I am finally back after a long hiatus Its been a rough year with family issues and personal illness, but I am finally trying to get back in the saddle. I will be starting slowly with only a couple posts a week.

This week I would like to introduce a wonderful friend and USA Today Best-Selling Author Leona Bushman.

For those of you that love Steam Punk, it’s your lucky day. Today is release day of 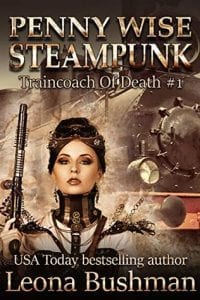 Penny Wise is tired of having her every move monitored by the king and queen and their guards, especially when there was only one who turned all her knobs.

But running away when you are a princess of the realm proves harder than she likes, especially when the only person to hold your heart or obedience is the one to find you.

Can she convince her parents to allow her to have the one she loves, or will they force her to marry for duty? 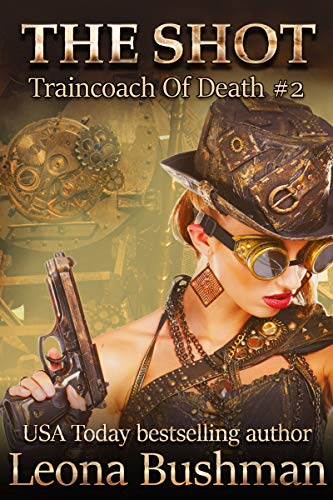 Forced to endure yet another matchmaking scheme from her father, Victoria plans to spend the traincoach ride avoiding both of them. That plan changes when she meets the charming William Powell.

While on a traincoach trip to evaluate the track lines and different traincoach stations, Victoria and William endure unsettling times and don’t know where to turn when things turn ugly. They need to find out who is trying to kill Victoria.

William has secrets, secrets that can both help and hinder the investigations. Can the high king bail him out, or would he be left hanging to deal with Victoria’s family alone? The only thing he cared about was protecting Victoria and convincing her he wasn’t one of her father’s tools.

Can he do it in time?

USA Today bestselling author Leona Bushman is a crazy writer taught by dragons and known as Dragon Queen of the North. She loves to write and paint, even when her muse tries to muck things up. She chases after the three out of the five children still at home, and sometimes after the other two and the grandbaby around her freelance editing jobs. She has many hobbies like SCA, painting, quilting, sewing, and gardening. Or, as one blogger succinctly put it, Leona Bushman is a whirlwind made of sheer will with a dash of clumsy to keep her grounded.

She can be found solving mysteries, exploring space, making art, and loving dragons and other creatures of the supernatural at these places:

The Ulfric’s Mate (War of the Weres series)

The Midwife’s Moon (War of the Weres series)

Bearly There (War of the Weres Chronicles)

Fox in the Wolf Den (War of the Weres Chronicles)

The Shot (Traincoach of Death series)

Luck of the Draw

Over a Dead Body

The Fight of the Sorceress

In for a Penny (Traincoach of Death series)

The Panther’s Hunter (War of the Weres series)

Evil in the highlands

Do you like SteamPunk? What draws you to this genre?