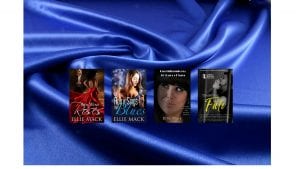 Thank you, Cathy, for having me as your guest!

I am so excited to share this story! It’s not like what I’ve written so far. I think it’s better! More exciting, more dramatic, and a little darker.

This story began as a serial on Storytime Trysts, which I’m thankful to you for starting as it gave me a chance to explore several different types of stories. I think this was a Halloween story, to begin with. To be honest, I don’t remember for certain. I read through the serialized posts and was mortified!

But as with other things,  if you take away the fluff, and get it down to the basics, I felt it had good bones. Revising a story can be like an episode of the Property Brothers – gutting it down to the bare bones, rebuilding it to become something special. Let’s hope that readers will agree!

What if Norse legends weren’t just legend,  but real? What if we didn’t recognize the gods because of our culture? Have you ever felt like you didn’t fit in or didn’t belong? What if you were descended from those legends? Son of Thor? Daughter of Freyja? A Valkyrie? What special gifts would you possess?

Would it be like X Men or Marvel’s world?

This is the basis of the story. A girl, Helena Eskildson, and her sister Gabby are daughters of Freyja, Valkyries. Raised in our modern American culture with no teachings in their heritage, nor any idea of who they really are.

Well, you can only go up from there! Lena feels the calling inside her heart but still doesn’t know who she really is. Most of the time, it’s not a straight path to our destiny.  Life takes us on twists, turns, and tangents. Helena – Lena – experiences a huge tangent!

I’m a huge fan of mythology so it was inevitable that I should incorporate it into my story.

This is not a romance, it’s a thriller/suspense with a paranormal element. I hope everyone enjoys it as much as I did writing and rewriting it! 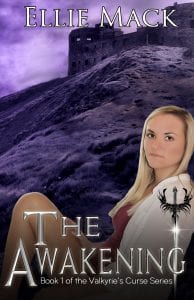 thriller/suspense with a paranormal element

Helena Eskildson is obsessed with Vikings and Norse Mythology. Neither Helena nor her sister knows they are Freya’s daughters – Valkyries, the shieldmaidens to Odin.
When her obsession leads her to a remote site at Roskilde and it’s two monolithic rune stones, her destiny is awakened.
While the team wages a battle between a cursed site and a sociopathic killer, time is ticking closer to Ragnarok.
Will her friends be able to save her before the gjallerhorn sounds?

Want a little more? Here is an excerpt.

Helena dreamed of flying. In the past it seemed that she miraculously flew, but in this dream she had wings. Great wings with silvery white feathers that shimmered in the sun’s rays. Her hair shone in brilliant golden hues. Her skin had a radiance from within, her cheeks rosy, her lips full. She felt an inner beauty and confidence that although unfamiliar fit her perfectly like a glove. She rose into the air, watching the warriors below.

Brave men poured from a hidden passage into the courtyard. Moving with quiet stealth, they moved to stations waiting for a signal from the leader.

Her eyes scanned the scene, watching. Which one was the leader? Then with a quick raise of his hand the men advance with a great war cry. Waiting, observing the men working as a unit together to accomplish a greater goal. This would please Odin!

A young man poked his head from the tunnel, then ducked back inside. A few seconds later he darted across the courtyard to a smaller building. Drawing his sword he entered.

She dropped lower, so she could see inside, seeing a large wooden cabinet and another man fleeing. The young man approached the cabinet, searched it and found it empty, then pursued the other man.

The encounter was brief, easily taking the treasure from the thief. Confidence flooded over her. At last, a worthy warrior to claim. 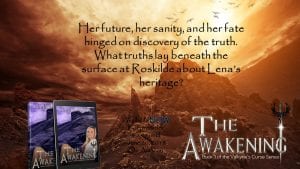 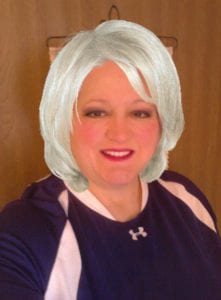 Since leaving the corporate world for the title of MOM, Ellie Mack has pursued her writing dreams. This former columnist is using her sassy opinions to shape her writing in novels. She lives near St. Louis, MO with her husband and two daughters. Ellie is a breast cancer survivor and wants to encourage others who are going through this battle.

When she’s not writing she can be found bullet journaling, crocheting, or cooking. You can find her musings on her blog: https://quotidiandose.wordpress.com

You can stalk–oops–follow Ellie here

BookBub Is fun and easy, and you’ll never miss out on meeting new authors or having a chance to win great prizes. Here’s the link – Ellie Mack


OTHER BOOKS BY ELLIE MACK:

Do you Like Norse Mythology? Who is your favorite God or Goddess and their power?