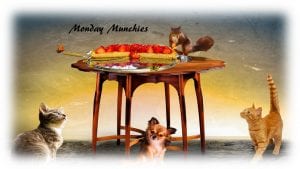 I was planning on doing more instant pot meals this week but instead, I was sucked into a virtual hole.

A friend sent me a delicious looking recipe for a Guinness stew. It was a video. I clicked and it looked so good. On the site, I found recipe after recipe of healthy yumminess.I tried two last week.  I followed his Facebook page, blog and Pinterest boards totally sucked into it and lost. It wasn’t a total waste of time since I found several tasty recipes.

The first is Spicy Shrimp and Asparagus with Cauliflower Rice.

I was dubious.about the rice. I knew from trying Cauliflower as a mash it wasn’t going to taste anything like rice and I bought a frozen one recently and wasn’t impressed. But I had a head of Cauliflower to make buffalo poppers and it needed to be used so I decided to try this recipe.

I used the recipe as posted and it was amazing. There is a lot of prep work but once that is doe the recipe cooks up fast. I will be eating this again and again.

Here is how it came out 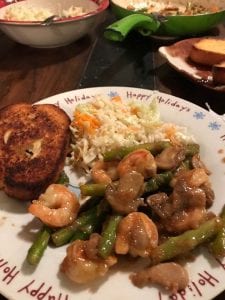 I wouldn’t change a thing.

Again I had avocados needing to be used. My husband and grandkids are not avocado fans so this could be easily adapted for the entire family. Just make enough of the taco meat and serve them tacos.

The only thing I would change is to possibly add a side. It was more like a lunch serving and I was hungry in a few hours.

The Site I fell in love with is called Fit men Cook.com and he has apps for the phone as well.

The links above take you to his Facebook page and the videos. 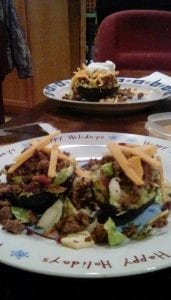 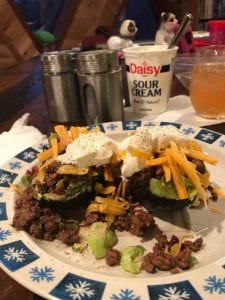 Saturday. I made this Irish potato Nachos recipe with sausages and peppers. and it was good too ( not from the same site) It wasn’t as healthy but I was making my St Patrick’s them meal.

I forgot to take pictures of this one. LOL

It was a nice week so my grandie and her protector enjoyed a few moments in the sun. 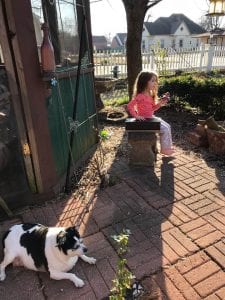 Are you trying to eat healthier? Do you have any awesome tips or recipes to share?