Hi Ya’ll. It is finally fall! The temperatures are a little cooler here on most days. I will take 80’s over 90’s anyday. I asked V.L. Locey to tell us her top 10 reasons she loves Fall, then I will share her new release and my review. 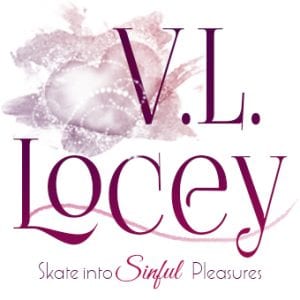 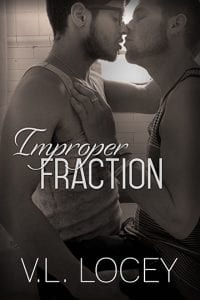 During a family celebration the night before both young men were heading off for college, O’Malley joyously discovers that Garrison isn’t quite as straight as the star athlete had been pretending to be. Vows to return to each other quickly followed a few clumsy kisses in the old treehouse in the Rook’s backyard.

Four years later, the two ex-friends meet up at a summer camp where O’Malley is serving as a counselor. Garrison is desperate to make things right with his childhood friend, but can O’Malley, still nursing the pain and mistrust of Garrison’s betrayal, ever forgive or love Garrison again?

O’Malley and Garrison were friends since first grade. O’Malley came out in High school but Garrison is straight or at least O’Malley thought until the night before they were both leaving for college. A confession from Garrison along with hot kisses gropes and a promise to talk every day and be back at Christmas leads to lies and distrust.
Four years later at summer camp, they cross paths again Garrison wanting O’Malley to listen to him and another chance to make things right. Will O’Malley get over his hurt and give Garrison that chance?
This is a great story about love, things teenagers say, things happening and second chances. The characters are well developed. I love the love-hate thing between Garrison and O’Malley. I especially loved both O’Malley’s dad and the Rooks too. There is a bit of drama and I nearly cried close to the end.
If you like friends to enemies to lovers, second chances, hot baseball players, sexy mathematicians and some hot man-love you will love this book!

Hand shielding my eyes, I watched as the Silverado stopped in front of Professor Belshaw’s wildly decorated cabin right beside Lake Amalie. The professor had gotten all her wind chimes hung that morning. Each one was a brilliant and some would say garish color. They clattered and clanged with each touch of a breeze off the lake. She had made them all out of silver soup spoons and old silver teapots. Then she had painted them to match her whims. Professor Belshaw had incredibly colorful whims so it seems.

When the passenger door opened, I felt a wide smile break free as I saw Emily Rook slide to the ground, her long brown hair pulled into a ponytail. I wasn’t familiar with the Silverado but had to assume that Mr. Rook had gotten a new ride. Since I hadn’t spent much time at home after graduation due to a graduation gift of a vacation in Palm Beach from my father, it was quite likely that he had. That old minivan he had owned had been creeping toward the junkyard for a couple of years. Emily spun in a circle and then found me standing in the gravel path. She waved frantically while jumping up and down. I did the same. Then Garrison Rook exited that massive blue Silverado. My arm crashed numbly to my side and all happy jumping died.

My first thought was “God above but he looks amazing!” which was quickly followed by “I think I may puke!” but I managed to hold down my lunch. Emily pointed in my direction. The sloppy joe from my midday meal rolled over in my stomach. Garrison’s dark eyes found and held me. He looked incredible. Even more handsome now that he had lost those final touches of boyhood. Garrison was all man now. Every single, athletic, heartbreaking, lying inch of him.

“Shit.” I groaned and swallowed. I was sure my sandwich and chips were going to come back up. Someone appeared beside me. I couldn’t rip my attention from Garrison as we stared at each other.

“Never eat the fried oysters.” Professor Belshaw barked with glee then drove a sharp elbow into my side. “Ah, I see the Rooks have arrived!” She waved them over. I felt like a hare that the hounds had just sighted. “O’Malley, if you don’t close your mouth one of these damn deer flies is going to zip right in and land on your tongue,” she said as she waved a hand at a pesky fly buzzing around our heads.

I forced my jaw to come up. Every step Garrison and Emily took made my pulse speed up. By the time the two Rook siblings stood in front of me, I felt woozy. Were my ears ringing or was that tinny noise just one of Belshaw’s wind chimes?

“Hello there.” Professor Belshaw grabbed one of Garrison’s large hands and pumped it. It took two of hers to cover one of his. He had strong hands. I clearly recalled how they had felt when he had run them over me that night in the treehouse. “It’s a real honor to have a Carolina Cutter in the camp!”

I glanced at Emily. She averted her gaze as the camp owner fawned over Garrison. Emily knew there was tension between her brother and me, but I had never revealed to her what kind of upset had occurred. Why should I tarnish Garrison in her eyes? No one but my father knew of how this man had shredded me into ticker tape and then tossed me into the wind.

“It’s a real pleasure to be here, Professor,” Garrison said. My skin prickled just hearing his voice. Was it deeper? It sounded it. His brown eyes never left me as he talked baseball with Professor Belshaw. I worked on keeping up with the conversation they were having but my mind kept drifting back. To better days, days when Garrison and I were the best of buddies riding our bikes through mud puddles, sleeping out in the treehouse during the summer, working on making a comic book that starred a baseball player who used math as his super weapon. Those memories assaulted me as I stood there staring at his hand clasped so tightly by Belshaw.

“Isn’t it exciting, O’Malley?” Hearing my name pulled me out of childhood remembrances. My gaze flew to her then to Garrison. He now had his hand back, which was good. Would it look bad if I slugged him in the face and then stormed off? Probably. 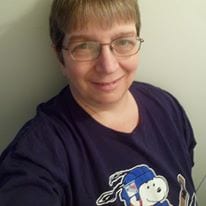