Cover reveal for Roxie Sings the Blues by Ellie Mack 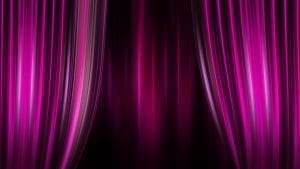 Scars tell the story of a past. Roxy’s scars aren’t visible but they have carved her deeply and the pain they caused pours out through her music. If facing an uncertain future after losing her mother wasn’t enough, a failed relationship from the past returns to wreak havoc. Just when she was trying to build a new life for herself, the troublemaking ex Devon drags her into danger. Roxy sits in the spotlight of a pivotal investigation. Detective Devon Miller is hot on the case and stirring the embers of forbidden fires.

Will Roxy hit the right note to help her old flame solve the case in time or will she be left singing the blues?

Sounds good, doesn’t it? Now for the beautiful cover! TADA! 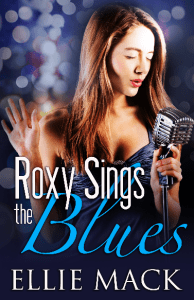 To be Released September 14th

but you can preorder a copy now!

Would you like a little peek? Here ya go!

One phone call can change your life forever.

I’ve heard it said many times and I get it. If you are a ball player waiting for that call to the majors or if you are waiting for the call that you got that job you were hoping to land. I always thought however, that most people are just being overly dramatic and using that as a cliché’ statement.

What if you didn’t get this job, but instead got a call from a different company that ended up being a better job? What if, as a ball player you never get called to the majors but stayed in the minor leagues and ended up being a top-notch coach? What if that call was the worst thing that could happen?

It’s always been my view that there are multiple paths that our lives could take. There are numerous opportunities presented to us and that one phone call bit was a bunch of hogwash.

Until I received the phone call that without a doubt, changed my life forever. 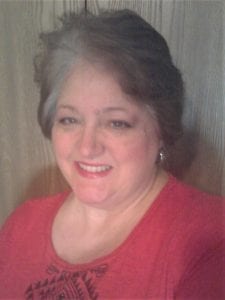 Ellie Mack received her BS in cartography from Southeast Missouri State University. Since leaving the corporate world for the title of MOM, she has pursued her writing dreams. Nowadays Ellie charts unmapped territory through her fiction and humor writing. Formerly a columnist for a local paper, her weekly column received a lot of attention. She lives near St. Louis, MO with her husband of 32 years and their college aged daughters. When she’s not writing she can be found bullet journaling, crocheting, or cooking.

You can find her musings on her blog: https://quotidiandose.wordpress.com

OTHER BOOKS BY ELLIE MACK: