The past month has been scary here. we have had high winds, tornadoes nearby and flood alerts.  The only damage I suffered was my greenhouse got blown apart. It can be fixed. bordering towns weren’t so lucky. There was a lot of downed trees and roof damage in the country areas.Our town sitting on the river had to worry more about the flood. A few older homes built directly on the ground had water seep inside. Most of us are used to this every year and prepare accordingly. We haven’t had to evacuate in several years. However, they did put in the seawall. Here are some pictures taken a week after the worst of it. This is at the river. 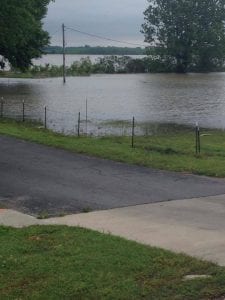 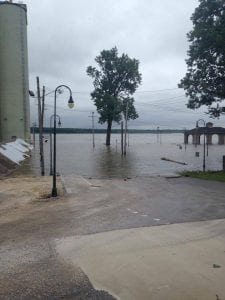 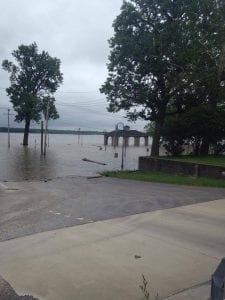 This is how close the water is to the seawall gates. it has receded a lot. 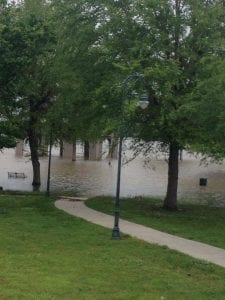 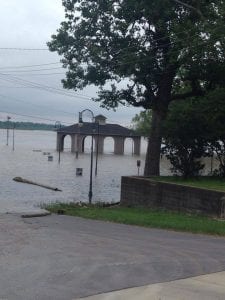 This is a little park by the river the Gazebo sits quite aways from the river and there is even a road that goes around that.

this is the other side of the park you can see the trees that separate the river. I didn’t have time to go to the casino side to get pictures we were in a hurry.