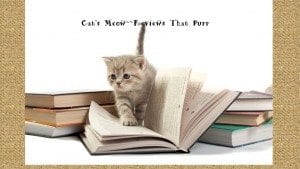 Hi, Y’all! It’s December, and I love holiday romance. I would like to share one I really enjoyed. V.L. Locey’s newest release an M/M Hockey/holiday romance…Holly & Hockey Boots. I asked V.L. to share a little about  What she enjoys about the holiday season and she offered a playlist for Adam and Cason. I can’t wait to listen!  Don’t forget to check out my review!

Take it away Vicki!

I’d like to thank Cathy for having me over to visit today. It’s so wonderful to spend holiday time with friends and family. An important part of this season for me is holiday music. Music has always held a special place in my life, and in my stories. While I don’t generally work with music in the background, songs can play important roles in my work. Also, I think you can get a real taste for a character by the music they enjoy. Today I have a playlist to share with you with some songs that I feel really capture Adam and Cason, the leading men in Holly & Hockey Boots. I hope you enjoy the tunes and have a happy holiday season! 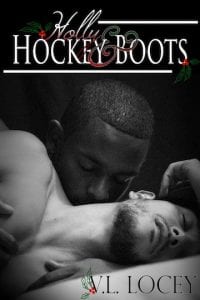 Minor league goalie Adam Seiger is a nice guy. He’s kind, cute, and a little quirky (but show me a goalie who isn’t) and he loves to interact with fans. During a meet and greet after a game Adam meets Cason Reyes, a hard-working young man with stunning amber eyes and a smile as sweet as a candy cane. Desperate to see Cason again, Adam does something more than a little naughty.

To add insult to the egg nog, it appears that one little white lie may end Adam’s chance of having a merry Christmas with a new boyfriend. Will he end up with nothing but a lump of coal in his stocking, instead of the man who owns his heart?

Add to your Goodreads lis

Adam Seiger is cute funny and an up and coming Goalie in the minor league hockey One night during a signing he spots a man that flips his switches. The man has his young nephew with him and wanting to see more of Cason he invites them to a Christmas party the team is sponsoring for kids. There is one big problem…There is no party.

Cason likes Adam, and they get together for coffee and kisses, but with Cason’s work schedule, raising his nephew and taking care of his ailing father there is little time for anything else. He is looking forward to the party and getting to know more about Adam as much as Finn.
But will Adam’s secret put an end to their romance before it begins?

I fell in love with Adam from the beginning of this story. I loved his outgoing personality and his quirkiness. I adored Cason and of course Finn and Cason’s father.
The story is fun, fast paced and full of quirky characters. I love a sweet romance and a heartwarming holiday story, and this fills both bills…add in some hot man-sex, and it’s even better!

If you like hockey romance ( or even if you don’t), interracial romance, cute kids, humor, sweet romance, holiday stories and hot man-sex, this is definitely for you.

“So tell me about Adam Seiger, the first gay black goalie I’ve ever had the pleasure of eating spiedies with.”

I smiled around the mouthful of awesomeness. “Not much to tell,” I said after I swallowed roughly. “I grew up in Toronto, played lots of hockey, and was taken in by my aunt and uncle when my parents were killed in a motorcycle accident.”

“Ouch,” he murmured after dipping a fry into a glob of ketchup on his plate. “That must have been rough on you. How old were you when they died?”

“Four, so I don’t really remember too much about them. My aunt and uncle were the best, really.” I looked up from my food to find Cason staring at me. “Do I have food on my face?”

“No, no, you’re just,” he paused with a fry hovering in front of his face, “you’re probably the best looking man I’ve seen in this city for years. I guess I’m kind of stunned to find myself sitting here, on a date, with such a sexy jock.” I had to avert my sight, just until I could get the surge of embarrassment and white-hot lust under control. “See, that there—that is so hot. I love that about hockey players. They’re always so damn humble.”

“So yeah, enough about me or my face will combust,” I said, and Cason chuckled then shoved his fry into his mouth. “How did a kid with a dad from Argentina get into hockey? I’d think you’d be a soccer fan.”

“Oh, I am, but winter in Binghamton means hockey, so I go to the games when I can afford it. I like the speed of hockey, and the violence. Also, the goalies are really cute.”

I coughed and ducked my head. “You’re doing it again.” Cason laughed and I felt the rib pit tip dangerously to the right. Making him laugh again now seemed like the most important thing ever. “Do you always talk up your dates this way?”

“Only if I’m dreaming about a kiss at the end of the date,” he confessed, but I saw a shade of pink settle into his smooth cheeks. Seemed he was a bit of a blusher as well. That was good to know.

“Yeah, that dream is pretty sure to be fulfilled if you keep talking like that.” 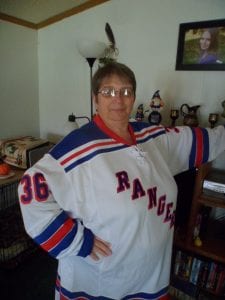 Two Guys Walk into an Apocalypse 2: It Came from Birmingham

Two Guys Walk into an Apocalypse 3: He’s a Lumberjack and He’s Undead

All I Want for Christmas—A Toms & Tabbies Tale

Every Sunday at One (Part of the 2013 Charity Sip anthology)

Back to the Garden (Also part of the Mythologically Torqued anthology)