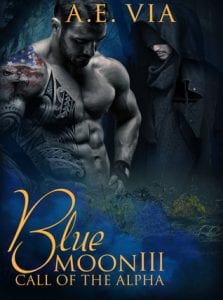 THIS IS THE THIRD INSTALLMENT IN THIS SERIES and CAN STAND ALONE.

Book 2 is recommended to read first.

The Story of ALPHA, CALL, OMEGA & LION ALONG WITH A COUPLE OTHER FAVORITES

It’s been a couple years since Commander John Marion – the US Navy’s most decorated SEAL – hung up his dog tags, choosing his cherished Alpha over war.

Call and Alpha have settled comfortably into their carefree lives nestled in the mountains of South Carolina. No more combat for the Commander and no more ordered killings for the deadliest assassin in the world.

However, nothing stays peaceful forever.

When Alpha’s brother Omega comes to their secluded home with a distressing message from their Order, Alpha has to answer the call.  But what neither of them expect is for the Order to send them a new assassin, one just as deadly as both of them, to seek their counsel and bring them back Persia.

Lion’s commanding presence was not at all what any of them anticipated. Especially Omega. Lion realizes what Omega is to him right away, but the stubborn man fights his every advance. Lion knows he and Omega have to connect if they’re going to be victorious. He was sent to bring back an army but if he can’t get his cherished to yield to him, they are sure to fail.

Call refuses to let Alpha fight a gang of rebel assassins without him. Omega will fight by his brother’s side, no matter what… and Hawk saw them coming for his help before anyone else. Together they’ll fight the toughest opponents they’ve ever faced. As always… these badass warriors are up for the challenge. 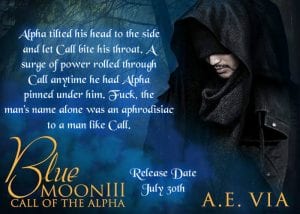 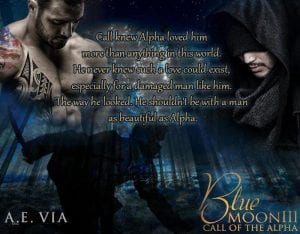 
Authors Note: THIS IS THE THIRD INSTALLMENT IN THIS SERIES and CAN STAND ALONE.
Book 2 is recommended to read first.
The Story of ALPHA, CALL, OMEGA & LION ALONG WITH A COUPLE OTHER FAVORITES

I was thrilled to get more of my favorites though I am sorry t see this series end.
Call and Alpha receive a surprise visit from Omega, Alpha’s brother. Omega isn’t enjoying retirement or being I America as much as Alpha. He brings word that there is an uprising in their Order and another Assassin needs their help to take down the rebels.
Lion is the Assassin come to ask for help. He has taken Alpha’s place in the order and finds more than assistance when he meets Alpha and Omega.

they enlist the help of Hawk (the seer) and set up a team to take out the rebels. it should be a quick job but treachery and betrayal slow them down.

This is such a great story. you get lots of romance as the men are more than just life partners but more like parts of each other. Like they are one. The sex is hot too and there is a lot of it, yet it doesn’t ake away from the plot or the action.
Now for the action. Wow! A.E. Via writes the action so well that i could visualize every move. It was like watching an action movie on TV.

If you like drama, action, assassins, romance and lots of hot man-sex this is definitely for you!
*I recieved a copy for an honest review* 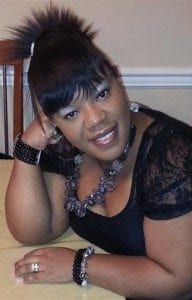 When she’s not clicking away at her laptop, she devotes herself to her family—a husband and four children.

Adrienne Via has tons of more stories to tell, but she really would like to hear yours. Via Star Wings Books is currently accepting submissions for established and aspiring LGBTQ authors. 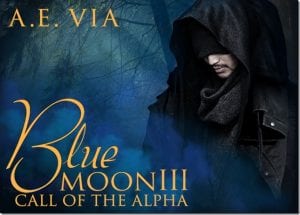