It’s time to learn the truth about what happened that day in The Cellar.
Taryn and Thanos are the formidable Ambassadors of House Orion. Taryn was born into power, bred from birth to lead the people of Greece along with his sister Theresa. Thanos was never a part of his mothers’ plan. The son of a fisherman was not a suitable match for the son of Greece as far as their mothers’ were concerned, but Taryn usually gets his way.
The Cellar is the story of how these two men met and fell in love, and what lengths Taryn went to, to ensure he kept his man. This novella also contains a more detailed accounting of what happened the night Raven and Tanis went for a walk on the beach, and the adult version of Mistletoe and Mayhem that was initially released as a free short through Goodreads.
The Cellar is much like the deleted scenes from your favorite movie. I’ve taken several scenes that were either cut short or removed from the book Appearances, and elaborated on them to create the short, sexy, and steamy novella. 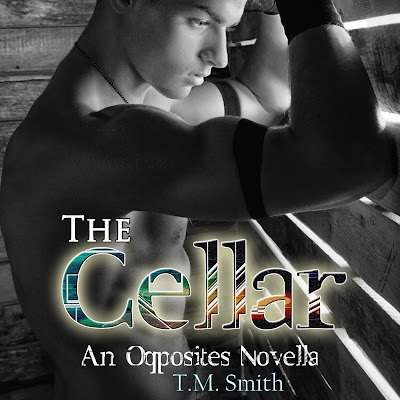 Listen to the first 5 minutes here

The Cellar is a short collection of deleted scenes and scenes that help us understand the Opposites better. This is book 2.5 and best read in order. This is one of my favorite books because I loved Taryn and Thanos. I loved getting how they met and defied Taryn’s mother to get to marry. I Also liked getting more scenes about Raven and Tanis. The Adult version of Mistletoe and Mayhem is also so much fun. Aiyan and Kaden’s sexual escapes bring the house down.

Greg Boudreaux is a fabulous narrator. He can bring characters to life and make the heat even hotter with his breathlessness or gasping etc when needed. he not only reads but acts out with his voice the scenes to make them more enticing.

If you like post apocalypse stories or futuristic, some lighthearted but super-hot mansex,and hot romance you will love this.
*I received a copy for an honest review*

To see more Interviews, Playlist, fun and games check out the other tour stops….

A military brat born and raised at Ft. Benning Georgia;
TM Smith is an avid reader, reviewer and writer. A Texas transplant, she now
calls DFW her home. Most days she can be found curled up with a good book, or
ticking away on her next novel.

Smith is a single mom of three disturbingly outspoken and
decidedly different kids, one of which is Autistic. Besides her writing, she is
passionate about Autism advocacy and LGBT rights. Because, seriously people,
Love is Love!