This week’s Cat’s Meow brings you a story with a unique character. The main character has Autism. I learned a lot from this story and its also a sweet romance in a music contest setting. The perfect  story to curl up and relax with on your holiday or any day.

Welcome to Cat’s Meow~~Tour with me Tuesday. This week we are visiting R.J.Scott with Boy Banned. 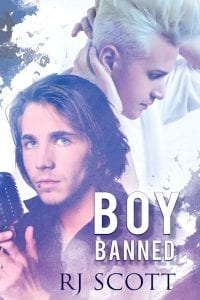 When the only way to win is to hide who you are, how far are you prepared to go?

Reuben “Angel” Jacobs is one step away from giving it all up. Losing a place in the live finals of Sing UK almost kills him. He has no choice but to go home and work for the family business, even though it means giving up his dreams and proving his old bullies right.

Corey Dixon is a rocker at heart. Being on the spectrum means that making sense of other people’s ‘normal’ is hard in itself, let alone in the chaos of a high-powered competition. Singing is his safe space, the only way he can think through the noise in his head. Messing up his audition for the live shows means his journey is over, and it’s the worst day of his life.

The judges throw them a lifeline and create a boy band from the near-miss hopefuls. Angel, Corey, and three others are put together in a room and offered the chance to sing as a group. Agreeing to become part of the new band means Corey has to hide who he is and what Angel has come to mean to him.

Is winning worth the price Corey and Angel have to pay? 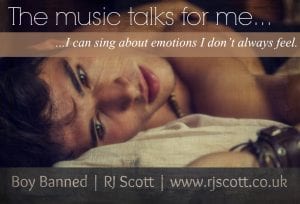 Brianna was clearly the leader in this particular choice. “Hi, guys,” she said strongly, her tone belied by the fluttering of her hands around her face. She had assumed the “we have terrible news” expression. Both the male judges had relaxed back in their seats.

All five of the contestants said hello back; the other four were as worried and subdued as Corey sounded to his own ears.

“Okay,” she began, “boys, boys, boys… you all know that the auditions at boot camp weren’t so good. Mistakes, wrong song choices, emotions getting the better of you….” She trailed off and looked into the distance with a soft pout. She was acting out the whole disappointment thing and was a freaking expert at it.

Corey shifted from one foot to the other. His head was banded with the start of a headache, which he was convinced would deteriorate into a migraine if he didn’t get some meds soon. That would just be the perfect shitty end to the perfect shitty day.

“We’ve considered you a lot. You’re the hardest group of singers, and it took us a long time to come to a decision.”

Another dramatic pause, in which Corey imagined music would be inserted for added drama. He stopped breathing, waiting for her to finish what she was going to say. Maybe, somehow, they’d been given the chance to prove themselves again, and she would say they were through.

She shook her head slowly. “Sorry, boys. We’re not taking you through as solo singers to the live finals.”

And there it was. Corey’s dream gone. Finished.

He’d messed up worse than the worst fuck-up ever, and the disappointment was visceral, unforgiving, heartbreaking.

Double K let out a harsh sigh and then draped himself all over Angel, who didn’t push him away, simply held him gently.

Not at the fact he’d come this close to getting to the live shows, but the fact it was all his own fault that he’d blown his audition. If only he’d stuck to Kasabian, or maybe another old Bon Jovi, he’d have made it through.

Corey didn’t cry, though. He let himself feel the pain of disappointment, then looked to the stage manager as to what they were going to do next. If the cameras caught him at that moment, they would see a man who’d been dealt a blow but was stubbornly determined not to give up.

“But—” Brianna was talking again, saying something about wildcards and judges’ choice and compromise. “We have our wildcard choice, and all five of you made the list as being just outside those we selected who made it automatically to the shows. You’re all good, but you just didn’t raise your game enough to make it through automatically.”

Corey tuned back in. Were they going to make the five of them repeat their performance? Was he still in with a chance? He was way better than Skinny, Puppy, and Double K. Only Angel was anywhere near his skills vocally. Angel, who was still supporting Double K, which made Corey’s skin itch with a prickle of resentment. He pushed it away.

Hope bloomed inside him at the thought he might have another chance. He wouldn’t mess up again. He could do this.

And then, as suddenly as hope began to grow, Brianna dashed it by using her serious tone, the one that had viewers falling for her all over again.

“We’d like you to consider grouping together, becoming one band, and going through to the live finals as our wildcard choice in the group category.”

Double K was quiet, and Puppy had even stopped swearing quietly under his breath.

In a daze, his chest tight, Corey left the stage, the last of them to leave, following Double K back into the large room they’d just been sitting in. Cameras followed them in, and all of them stood looking at each other.

“Okay, guys, this is a big decision,” the showrunner said. “We’ll keep the cameras out of the room. Let me know when you’re done. You have an hour before we offer this to our next reserve.”

He turned to leave, but Corey needed to ask one thing.

“If we say no, does that mean one of us alone would become the wildcard?”

Hope sat in his chest, and he willed the man to say yes.

The producer checked his clipboard and shook his head. “No. It’s all or nothing, because we have a girl up on second reserve if you decide you want to call it a day.”

The cameras left; the door shut.

And all Corey could do was stand there and use every available ounce of energy to focus on what the hell had just happened. 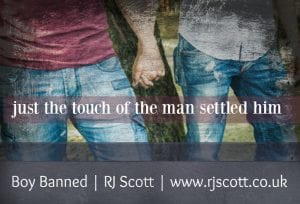 This is a fabulous story of 5 young men that dreams were shattered of being in the finals of the Sing show, yet given another chance as a band. All 5 are different as night and day, especially Angel and Corey. Angel needed to win to break away fro his family, Corey had his own reasons as did all the others. Angel is openly gay and his appearances stereotypes him with the skinny white jeans , flowing white shirts bleached white hair and dark eyeliner. Corey is his polar opposite, dark and brooding. Corey is also Autistic.
My favorite thing about this book is it didn’t just focus on Corey and Angel. Their romance was sweet, slowly built from Corey’s need to be grounded, Angels understanding and how all the guys accepted each other’s differences. I also liked we got a bit of the other guys stories even though they weren’t gay.

There is so much about this story to like. If you like singing contests, unique storylines(autism), slow building, sweet romance and a touch of drama you will love this book. I highly recommend it to anyone that likes MM romance without a lot of explicit sex. 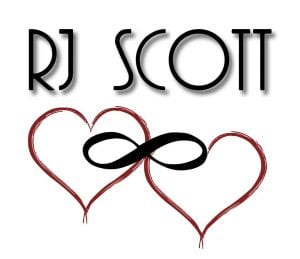 My goal is to write stories with a heart of romance, a troubled road to reach happiness, and most importantly, that hint of a happily ever after.

I’ve has been writing since age six, when I was made to stay in at lunchtime for an infraction involving cookies and the mixing bowl. You can’t tell a six year old not to lick the bowl!

I was told to write a story and two sides of paper about a trapped princess later, a lover of writing was born.

As an avid reader myself, I can be found reading anything from thrillers to sci-fi to horror. However, my first real true love will always be the world of romance. I love my cowboys, bodyguards, firemen and billionaires (to name a few) and love to write dramatic and romantic stories of love and passion between these men. (Yum)

With over 90 titles to my name and counting, I am the author of the award winning book, The Christmas Throwaway, which was All Romance Ebooks best selling title of 2010.

I’m also known for the Texas series charting the lives of Riley and Jack, and the Sanctuary series following the work of the Sanctuary Foundation and the people it protects.

I’m always so thrilled to hear from readers, bloggers and other writers. Please contact via the following links below:

https://uk.pinterest.com/rjscottauthor/
Full list of all books and works in process