Hi, Y’all! Welcome back to  Cat’s Meow Reviews that Purr.  Our theme this month is romance in bloom. This week we have a fabulous M/M romance by the talented B.G. Thomas. Season’s of Love is one of my favorite series, and I was thrilled when B.G. agreed to stop by for a visit!.  I asked B.G. the inspiration behind this enchanting series.

So the adorable Cathy asked me where I got the idea and how I was inspired to write the Seasons of Love books. And it was a lot of different things coming together that made it happen. One is that I am in love with the movie “The Broken Heart’s Club.” It’s all about a bunch of very close gay friends and it is just so real it’s unbelievable. And part what makes it so real is that sometimes you can’t imagine *why* people are friends—you’d think they would be enemies. I couldn’t get the whole concept out of my mind and realized it was a dynamic in lots of people’s close friendships. That was the big inspiration. But then, there was also this great Donna Summer album years ago about the seasons…and that helped. And there were the Samoan people at work and I knew I wanted a part of their rich culture in a story. And acting! I love the world of acting. And one thing led to another and there is was! All coming together to make Seasons of Love. I believe it’s the best thing I’ve ever written!

I also asked B.G what his favorite spring flower was. Instead of telling us, like the great writer he is…he is showing us. These are pictures of B.G’s yard. 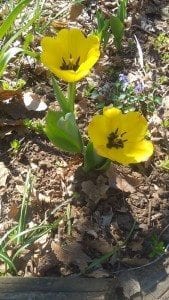 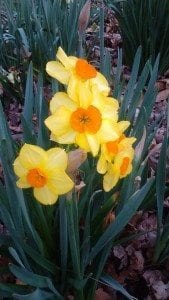 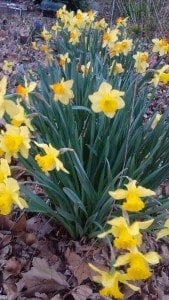 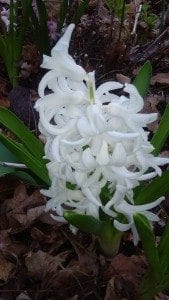 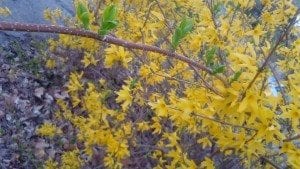 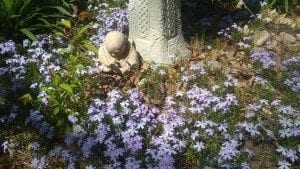 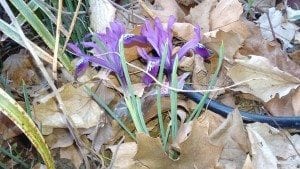 B.G. told me these are also the inspiration of  Sloan’s Yard. 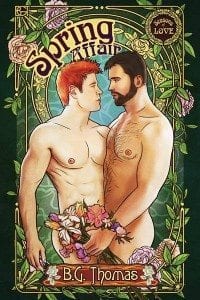 Seasons of Love: Book One.

Sloan McKenna is going through a tough time. His beloved mother has recently passed away, leaving him her house and beautiful garden. But should he keep the house? Sell it? To make matters worse, he’s in love with one of his best friends, Asher, a man who can’t (or won’t) love him back. Sloan’s neighbor, Max Turner, is married to an ambitious woman with far-reaching dreams, including moving the family to France. But Max is happy teaching at the local college and living in their nice, quiet town. Then he discovers his fourteen-year-old son is not only gay but out and proud as well. That throws him into complete disarray, for more than one reason…. When Max’s wife leaves on a two-month business trip to Paris, circumstances throw the two men together. As they become friends, Sloan finds himself falling in love with Max, who is completely unavailable… just like Asher. As for Max, he is discovering that both his son’s coming out and his new friendship with Sloan are stirring up feelings he thought buried long ago. Spring is a time for rebirth—Is there any way the two men can find happiness and a new beginning?

You can find the entire Seasons of Love Series here: (Winter is coming soon I hear)

It’s the beginning of spring. The flowers blooming all over the yard bring back so many memories to Sloan, not all good. He is sad and lonely after losing his mother a month ago to cancer. He does have three very unusual yet close friends that have been there for him, each in his own way.

The fabulous four, as their friend Wyatt, dubbed the group, meets every first Saturday of the month for Porch day, they have this as a can’t miss.  They also meet up on other days, but those can be optional.

Each of these guys are unique, intriguing characters. Wyatt is a short and slightly chubby bear of a man and very flamboyant. He is also Pagan or a witch and works at a new age store. He adds a lot of humor and fun to the group and story. Scott is ordinary and very much a romantic, searching hard for the one true love and doesn’t believe in any God. He seems to be the go-to guy of the group. Asher is very confident, cocky and a real slut. Sometimes I wondered why they guys kept him in the group at all but it all falls together at the end— and they do it for Sloan.

Sloan, you can’t help but love.  He is going through hell with the loss of his mother and a bitch of a supervisor. He has lost the love of his job with the changes the supervisor insists upon.  And he still holds his love for Asher wishing the day would come that Asher would love him back.

Sloan meets his sexy new neighbor and is attracted to him. The trouble is that he is married and straight.  Max has a secret and though he has denied himself all these years and been always a loving husband, meeting Sloan and finding out he is gay brings his denial to the forefront.

Spring Affair is a beautifully written, poignant story of loss, love, friendship, finding yourself, coming out and life in general. It is written with such a witty, fun style you can’t stop once you start. I laughed. I cried. I cheered on Sloan, wanted to slap Asher and hug Max.  I loved the end and wanted more of these men. (Yes I am reading the next book right now)

This story struck home with me with all of Sloan’s feelings about the loss of his mother; I too lost my mom, even though it was some time ago, the timing of reading this story was perfect for me. I loved how the author wrote the story in both Sloan and Max’s views, and we also get internal thoughts from each guy.

I highly recommend this to everyone. If you’ve been considering a M/M book but your still a little unsure if it’s your thing! It’s not about sex( though there is a little, it’s not real explicit and of course, the men to talk about cocks a lot), its life, love, happiness, and friendship!

If you love romance, friendship, are dealing with the loss of a loved one, are pining for a love you know you will never have, harboring a secret, just want to escape to a fun world and have a good laugh and a cry, I highly recommend this! 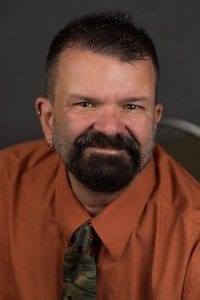 B.G. loves romance, comedies, fantasy, science fiction and even horror—as far as he is concerned, as long as the stories are character driven and entertaining, it doesn’t matter the genre. He has gone to conventions since he was fourteen years old and has been lucky enough to meet many of his favorite writers. He has made up stories since he was child; it is where he finds his joy.

In the nineties, he wrote for gay magazines but stopped because the editors wanted all sex without plot. “The sex is never as important as the characters,” he says. “Who cares what they are doing if we don’t care about them?” Excited about the growing male/male romance market, he began writing again. Gay men are what he knows best, after all. He submitted his first story in years and was thrilled when it was accepted in four days.

“Leap, and the net will appear” is his personal philosophy and his message to all. “It is never too late,” he states. “Pursue your dreams. They will come true!”

If you would like to see more books by B.G  Thomas you can find his Backlist Here:  Thanks for stopping by The Cat’s Meow~~Reviews that purr! I hope to see you back soon!  ( If you dont want to miss any Meows..sign up(*points to above right*) for my blog to be delivered to your email. (*waves*)

I hope you enjoyed the post and either buy a copy or at least add to your To read list. I plan to invite him back for  Summer and Autumn as well.

And remember…If you can dream it~~~You can do it.