Hi, Y’all! Welcome to Cat’s Meow Reviews that Purr. I have slipped in an extra one this month for a good friend the lovely Iyana Jenna. Everyone send a warm welcome out to Iyana!  Be sure to check out her book,  Where the Heart belongs.

April, hmm. Cathy asked me to write something about April. The month, I guess. Well, I don’t think I have special something about that month, not even the fact that it’s at the beginning of Spring. I live in a country with two seasons, hot and very hot—no just kidding. It’s dry and rainy seasons. So I don’t have experiences with Spring. But something did cross my mind when seeing this topic about April. Did you know The Famous Five? It’s a series of children books written by a British author, Enid Blyton. I loved the series so much and in fact, they were one of the reasons why I like reading—and later on, writing. I also loved the first TV series made based on the books.

Now, what does that have anything to do with April? So, apparently three of the four actors who played the main characters in the aforementioned TV show were born in April. They are the actors playing the characters of Julian (Mark Harris), George (Michele Gallagher), and Anne (Jennifer Thanisch). All three of them are from England. Oh, and mind you, the series was produced in 1978, and I first saw it in 1982 or 1983, and I still remember their names! I guess I was really impressed with the show. One thing is for sure; I love The Famous Five very much! 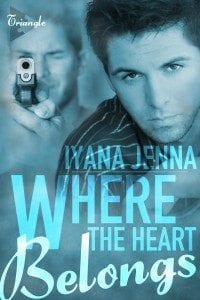 Title: Where the Heart Belongs

Blurb: His brother slash boyfriend, Drew is leaving him. It makes Zach unaware of his surrounding, and a hate-crime psycho takes him off guard. He is kidnapped and tortured. Zach is saved by the FBI and as a surviving witness. He is brought to stay with FBI Agent Eugene Harris.

Gradually, Eugene gets to know Zach. He should have been disgusted, but instead, all he wants is comfort, Zach.
Will Zach accept that Drew is not coming back?

Will Eugene finally have the gut to tell Zach how he feels?

After dropping off his brother and boyfriend Drew at a bus station, Zach is beaten and kidnapped by a deranged serial killer. He has lost his brother/ the love of is life and nearly his life but will his secret cost him more?

Where the Heart Belongs is a short story full of twists, angst, and misery. It has unique characters and has a few twists. The story has incest, has beatings, and rape, so it isn’t for everyone. None of that bothers me. The one thing I had an issue with was the story just ended. I had so many unanswered questions. Though it doesn’t say it’s a first of a series or anything I, hope there is another book to answer those questions.

If you like lots of angst, dark stories, Taboo such as incest and rape, mystery and suspense, I think you will like this story.

An MM short story writer who is lately fighting hard against the force called the time. However, she will never stop writing. In fact, writing becomes a kind of sanctuary from her EDJ that gets more demanding each day. Iyana writes for Evernight Publishing, JMS Books, Torquere Press, Fireborn Publishing, and Leap of Faith Publishing. Some of her work have been translated into other languages, such as French, Italian, and Spanish.

Nip and Tuck:  (Available for pre-order)

I hope you enjoyed today’s Meow!  And Remember…If You Can Dream It ~~You Can Do It!