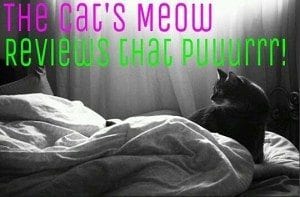 Hi, Yall. Welcome to Cat’s Meow Reviews that Purr month of Snow special. I hope you enjoy the review and even find a book you want to read! Today’s guest is  Teodora Kostova. 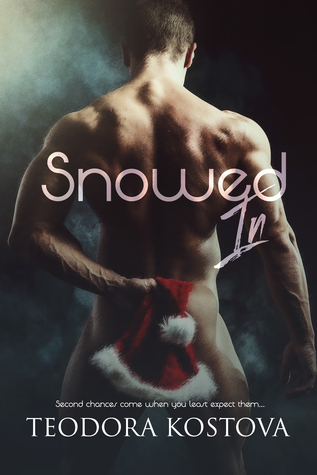 Blurb: Be careful what you wish for…

Nate has been in love with Quinn, his brother’s best friend, for as long as he can remember. But when he finally gets the chance to show Quinn how he feels, his heart gets broken in the most unexpected way.

Second chances come when you least expect them…

Quinn doesn’t believe in miracles, especially not Christmas ones. When he decides to win Nate back, he knows it won’t be easy. The last thing he expects is a health scare, a road trip and a vicious snow storm to work in his favor.

In the end, a cabin in the woods turns out to be not only the shelter they desperately need but also Quinn’s very own Christmas miracle.

Sometimes, to forgive, you need to get snowed in.

Nate fell in love with his brother’s best friend at the tender age of 15. He was his first and only love. On a trip to the family cabin with his brother, brother’s girlfriend and Quinn, the plan for  Nate was to seduce Quinn tell him how he felt and see what happens. Quinn’s plan was to tell him how he felt but keep his distance until he could commit to him.  The attraction being too strong they wound up in bed, and Quinn snuck out without an explanation leaving Nate devasted.

Nate fell in love with his brother’s best friend at the tender age of 15. He was his first and only love. On a trip to the family cabin with his brother, brother’s girlfriend and Quinn, the plan for  Nate was to seduce Quinn tell him how he felt and see what happens. Quinn’s plan was to tell him how he felt but keep his distance until he could commit to him.  The attraction being too strong they wound up in bed, and Quinn snuck out without an explanation leaving Nate devasted.

This book had a  strong storyline with a holiday theme, friends to lovers and first love. It was also extremely hot and sexy.  I loved all the above themes and felt the story did them justice. What I didn’t like was the reason Quinn stole off in the middle of the night, though an honorable thing just wasn’t reason enough not to tell Nate the truth and avoid all this hurt.

Nate back into his life and making amends.

I think the story was great, just compacted into too few a words. I would have also liked to have known how Nate ended up in his brother’s apartment in LA and Brandon’s Girlfriend back home pregnant and Brandon and Faith not married and living together.  I think this would have made a great longer story and worth the read.

If you like friends-to-lovers, first-love, second chances, holiday story, snowstorms, and some steamy hot man-sex, this is for you.

*I won this book in a blog hop contest*

Meet Teodora Kostova: Hi, my name is Teodora, and I live in London with my husband and my son. I’ve been writing ever since I can remember, but it became my full-time job in 2010 when I decided that everything else I’ve tried bores me to death, and I have to do what I’ve always wanted to do, but never had the guts to embrace fully. I’ve been a journalist, an editor, a personal assistant and an interior designer among other things, but as soon as the novelty of the new, exciting job wears off, I always go back to writing. Being twitchy, impatient, loud and hasty are not qualities that help a writer, because I have to sit alone, preferably still, and write for most of the day, but I absolutely love it. It’s the only time that I’m truly at peace and the only thing I can do for more than ten minutes at a time – my son has a bigger attention span than me.
When I’m procrastinating, I like to go to the gym, cook Italian meals (and eat them), read, listen to rock music, watch indie movies and True Blood re-runs. Or, in the worst case scenario, get beaten at every Wii game by a very inventive kid

In a Heartbeat (Heartbeat, #1)

Colour Me Inside (Heartbeat, #3)