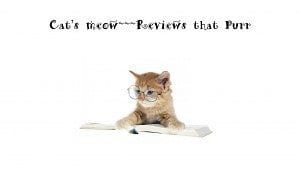 Hello Everyone! Today I would like to share with you a fabulous and funny author I recently met.  I asked him why he adds  so much humour to his mystery and here is his reply! Read on for an excerpt and my review!

Don’t we all need a good dose of comedy/mystery/romance in our lives? That’s why I created the Nicky and Noah mystery series. There is nothing more enjoyable than reading a novel and laughing out loud, trying to piece together clues, gasping at plot twists and turn, and cheering when your favorite couple (in this case college theatre professors Nicky and Noah) gets together. Add in the setting of a fictitious and quaint university in New England, lots of drama from the theatre department, and a cast full of humorous characters, and you have the Nicky and Noah mysteries. I hope readers will fall in love with Nicky and Noah as the two handsome men fall in love with each other. So enjoy DRAMA QUEEN. And watch out for DRAMA MUSCLE and DRAMA CRUISE coming soon! 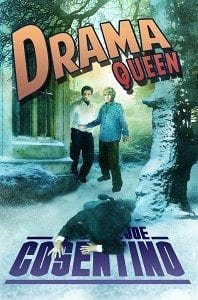 A little about the Book: It could be curtains for college theatre professor Nicky Abbondanza. With dead bodies popping up all over campus, Nicky must use his drama skills to figure out who is playing the role of murderer before it is lights out for Nicky and his colleagues. Complicating matters is Nicky’s huge crush on Noah Oliver, a gorgeous assistant professor in his department, who may or may not be involved with a cocky graduate assistant…and is also the top suspect for the murders! You will be applauding and shouting Bravo for Joe Cosentino’s fast-paced, side-splittingly funny, edge-of-your-seat, delightfully entertaining novel. Curtain up!

You can Buy it here:

Purchase the paperback from Lethe press at:

Paper back at amazon.

My Review:Drama queen was such a fun hilarious read. If you like mystery with a touch of humour you will love this. So when bodies start dropping like flies Nicky and Noah find themselves together trying to find out who is doing the murder and to prove it isn’t Noah.  There are so many twists and turns, lots of innuendo and some sweet hot off page sex with Nicky and Noah. This is such a fun summer read so curl up and enjoy!

Joe Cosentino is the author of An Infatuation (Dreamspinner Press), Paper Doll the first Jana Lane mystery (Whiskey Creek Press), and The Nutcracker and the Mouse King (Eldridge Plays and Musicals). He has appeared in principal acting roles in film, television, and theatre, opposite stars such as Bruce Willis, Rosie O’Donnell, Nathan Lane, Holland Taylor, and Jason Robards. His one-act plays, Infatuation andNeighbor, were performed in New York City. He wrote The Perils of Pauline educational film (Prentice Hall Publishers). Joe is currently Head of the Department/Professor at a college in upstate New York, and is happily married. His upcoming novels are Drama Muscle the second Nicky and Noah mystery (Lethe Press), A Shooting Star (Dreamspinner Press novella), A Home for the Holidays (Dreamspinner Press holiday novella), and Porcelain Doll the second Jana Lane mystery.