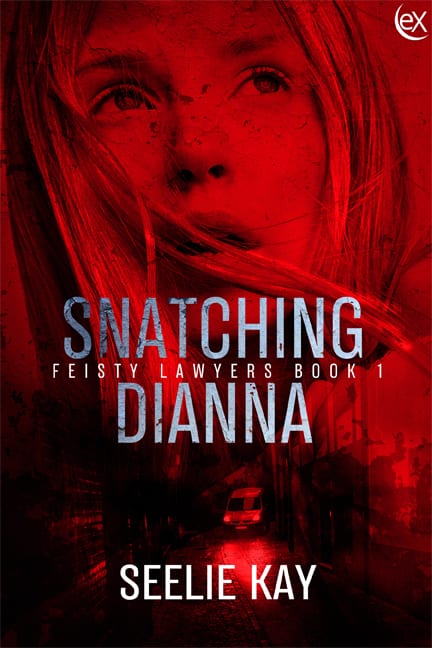 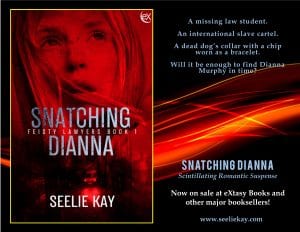 Hi Yall! Welcome back to In the Spotlight! This week we have the lovely Seelie Kay here to tell us about her book Snatching Dianna Part One of the Feisty Lawyers series. But first, she is going to share a cute story about fall and her favorite thing about it…Pumpkins!

I love all things pumpkin, so fall is my favorite time of year. I bake and make a wide variety of treats, including pumpkin spice scones, pumpkin icebox pie, pumpkin cookies, pumpkin chocolate chip muffins, pumpkin ice cream, spiced pumpkin lattes, pumpkin pie, pumpkin pasta, pumpkin mousse cannoli…If it can be made with pumpkin, it’s available at my house.

One year, I was determined to learn how to bake a pumpkin cheesecake. For many years I had made the traditional icebox pie: Blending pumpkin spice pudding, cream cheese, and whipped topping and pouring it onto a gingerbread crust. This time I wanted something different, so I decided to try baking a traditional cheesecake. Let me tell you, this pie was special. I added pecans to the gingerbread cookie crust, toffee to the cheesecake, and topped it with whipped cream. It was beautiful. So I decided to bring it to a family dinner. When I got to my sister’s house, I set it on a kitchen counter.

About halfway through dinner, my sister’s dog (a large Golden Lab) walked into the room, sniffing. I watched in horror as he leaped up onto the counter, grabbed the pie, and began to gobble it down. My sister tried to wrestle the pie from him. She finally succeeded and set it back on the counter. Then she declared, “He only got half of it. Who wants the rest?” Needless to say, we shuddered and politely declined. I have not baked a pumpkin cheesecake since!

Here is a short Interview with Seelie Kay:

Q. Why do you write romance?

Because I am fascinated by the games people play to find and secure a lasting relationship, which is not always love. There’s the chase, the courtship, the falling, the surrender. That’s what I try to capture in my stories.

Q. Do you prefer a certain type of romantic hero?

I adore smart, dashing gentlemen who aren’t afraid to live on the edge. They can be a bad boy, a billionaire, a prince, or a secret agent. That hint of danger just hooks me!

Q. Why did you write “Snatching Dianna?”

Actually, for two reasons. First, when writing the Kinky Briefs series, there were certain couples I fell in love with: The Sheikh and his American lawyer wife who sue terrorists on behalf of their victims, the police chief (with a preference for handcuffs) and his criminal defense attorney wife who seek to right wrongs, and the covert agent and his law professor wife, who are smart, funny, and incredibly hot! Each of these couples have wonderful relationships and incredible lives. And each and every one of them is dedicated to preserving justice. I wanted their stories to continue. So, I created the Feisty Lawyers series. Second, “Snatching Dianna” deals with a law student who is kidnapped by a slave trafficking cartel. This plot permitted me to focus not only on the continuing problem of slave trafficking, but also on the investigative issues behind finding a missing adult. In this story, there is no evidence and no witnesses. It’s takes a lot of investigative savvy to piece together seemingly unrelated clues. I love complex puzzles and this story lets me go wild!

Q. Why slave trafficking? That seems like such an uncomfortable subject.

My book ends with this statement: Experts say that more than 3,000 people around the world are sold, kidnapped, or forced into slavery each day, many of them children. Even in the United States, men, woman, and children are snatched off the streets for the purpose of human slavery. Slave traffickers do not discriminate by race, gender, religion, education, or socio-economic status. Victims of slave trafficking come from all walks of life, as do those who traffic in humans. It is a crime of international proportions and one that requires committed international cooperation.
As a lawyer and a human being, I think it is a topic worth calling attention to.

Q. This book includes three very different couples. Wasn’t it a little hard to keep track?
(laughs) At times. However, each couple is at a different stage in their lives and each took a different journey to find one another. That helps to keep them separate.

Q. How does your former profession as a lawyer impact your writing?

After 30 years, the law and the legal world are so firmly embedded in my brain that I can’t flush them out. That has become the lens through which I view the world and that naturally guides my characters and plots. Little peculiarities that I have witnessed in lawyers and the law always work their way into my stories.

Q. Any plans to write outside the romance genre completely?

Actually, I ghostwrite non-fiction for other professionals—doctors, lawyers, financial gurus—so I dip my toes into a lot of different genres. However, I have been itching to write a book about a relative who founded a religious cult. I researched it for years and found a lot of information that had been buried. I have a pile of paper a foot high. Someday, I need to go through it carefully and start writing. I have the interest, just not the time.

Q. The cover of the book clearly says “Snatching Dianna” is part one in the Feisty Lawyers Series. How many more books can we look forward to?

At this point, I’m not sure. In each book, I introduce new characters with compelling stories, so it is difficult to predict how and when their stories will be brought to a satisfactory conclusion. However, the second book, “Infamy,” is in the queue, and I have a good start on the third, “Cult.” There should be at least one more after that. 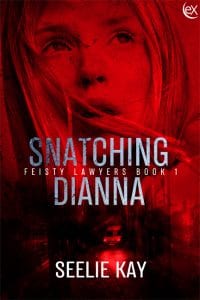 The hours are counting down as investigators try to prove that Dianna Murphy has been snatched. Unfortunately, without witnesses and solid evidence, all the police really know is that she is missing.

When suburban Milwaukee law student Dianna Murphy fails to connect with her roommate, there is no real evidence that she has been snatched. Until Law Professor Janet MacLachlan, a former covert secret agent, discovers a single clue, one that points to a taking by a slave trafficking cartel. In a race against time, Janet recruits her husband, secret agent Cade Matthews, small-town Police Chief David Manders and his wife, criminal defense attorney Julianna Constant, and other law students to uncover the truth. Can they prove she has been taken, before Dianna disappears without a trace?

After what seemed like hours in the sweltering van, it lurched to a stop.

Dianna heard a man bark orders. A door to the van opened and someone pulled the rope from her feet, then removed her hood. She took a deep breath. A man grabbed her by the arm, forced to her feet, and pulled from the van. Dianna stumbled when she hit the ground. The stones were hot and her feet were covered by athletic socks, no shoes. Show no weakness.

Dianna immediately surveyed her surroundings. It was still night, but she was in a well-lit courtyard. A large stone mansion stood in front of her. She looked to her right, then her left. The courtyard was enclosed by a large stone fence, at least eight feet high. A fortress. Fortunately, Dianna was a rock-climber. She could rappel over the fence with the right equipment. All she would need was something to serve as a pick, maybe a rope. A knife, a screwdriver, even a fork. Keep your eyes and ears open. Be ready.

A large black man, dressed in a white suit and a maroon turban, walked out of the front door and down the stairs. He stopped and flashed a malevolent smile. He flung his arms wide and in a cultured baritone boomed, “Welcome to paradise, ladies. I hope you enjoy your stay.”

Some of the guards laughed.

Dianna glanced sideways and for the first time, got a look at her new friend. She was tall and thin, her body well defined. She looked strong and aware, almost fierce. Her eyes seemed to be studying the place, taking everything in. She showed no fear. Instead, she seemed interested. Something was off. Tillie did not act like a victim as the others did. She was not cowed. Was she a cop? Or like Dianna, someone who would not permit themselves to be broken?

There was only one thing of which Dianna was certain. She had found a friend. A useful one.

You can buy a copy here 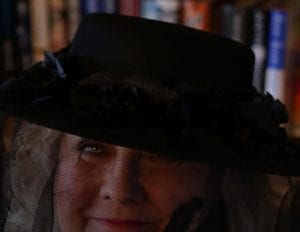 Seelie Kay is a nom de plume for a writer, editor, and author with more than 30 years of experience in law, journalism, marketing, and public relations. When she writes about love and lust in the legal world, something kinky is bound to happen! In possession of a wicked pen and an overly inquisitive mind, Ms. Kay is the author of multiple works of fiction, including the Kinky Briefs series, The Garage Dweller, A Touchdown to Remember, and The President’s Wife.

When not spinning her kinky tales, Ms. Kay ghostwrites nonfiction for lawyers and other professionals. She resides in a bucolic exurb outside Milwaukee, Wisconsin, where she shares a home with her son and enjoys opera, gourmet cooking, organic gardening, and an occasional bottle of red wine.

Ms. Kay is an MS warrior and ruthlessly battles the disease on a daily basis. Her message to those diagnosed with MS: Never give up. You define MS, it does not define you!

You can Stalk her at:

What is your favorite thing about fall? Are you team pumpkin? I am!