Hi, Yall!! Welcome back to  Cat’s Meow~~Reviews that Purr!  This Month we are celebrating springtime and the month of April. I have a few good books to review for you. I am starting off with one of my favorite contemporary romance authors, Jean Joachim. This is an older book from her Moonlight series, April’s Kiss in the Moonlight

I asked Jean what her favorite thing about spring is. She offered to share some lovely photographs purchased from Bigstock  with us.

In Praise of the Mighty Crocus 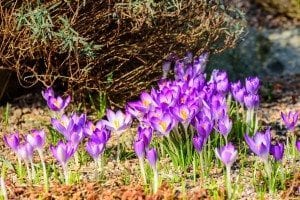 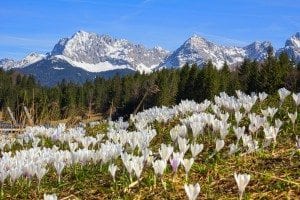 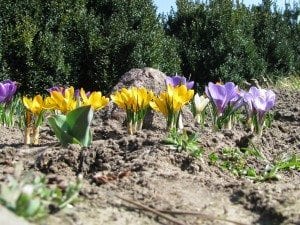 Pictures bought by Jean on BigStock.com

The crocus is my hero.

Does that sound silly? How many people consider flowers to be heroic? I do. The crocus and the snowdrop are courageous. Why? They are the first flowers of spring to bloom. They break the ground for all others. They raise their heads proudly, risking attack by a late frost or burial under an unexpected spring snow.Death by freezing –brrr, not a way I’d choose to go. Snowdrops only promise to be white. That makes the crocus the bigger hero, adding color to the landscape for the first time in months. The crocus blooms in a variety of purples, yellow or white, and sometimes with thin stripes of color  on white. Not a large, majestic plant, they often grow in colonies, producing bursts of color.

The short, humble crocus raises it’s petals to the world, saying “Look at me!” The tiny flower begs for a drop of appreciation before the real show with the big guns begins: daffodils, tulips, irises, and tiger lilies, to mention only a few.

Hail, mighty crocus! You are the harbinger of spring. I bow to your bravery and beauty, and keep watch every March for the first signs of you pushing up toward the sun.

Thank you so much, Jean, for taking time out of your busy day to share such lovely thoughts and photographs with us. 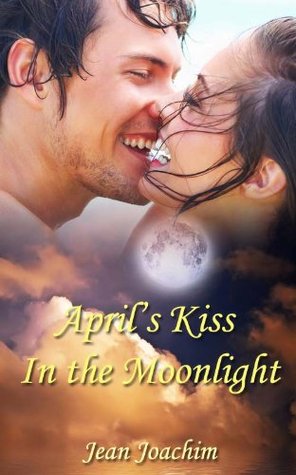 Title: April’s Kiss in the Moonlight

Fresh from graduate school, April McKenna, beautiful and brilliant vows to strike out on a new path rather than return to San Francisco to take a job with her father’s firm. She meets Rusty and sets off for an escapade that ends in tragedy. Injured and alone she is taken in by Sunny Davis, a friend of her mother’s who lives in a small town in the Catskill Mountains in New York.

During her recovery, April resolves to carve out an exotic life of travel and adventure. But she didn’t count on a sexy fireman upsetting her plans. Gavin Dailey has dated practically every woman in the county, but when he meets April, he knows he’s finally found the one he wants. Only a stubborn man like Gavin wouldn’t let April’s resistance to his charm and his small town change his plans. Determined to win her, he pulls out all the stops until he encounters one stumbling block he didn’t count on. Only a near-tragedy resurrected from the past gives April the tenacity she needs to make the right decision for her life in April’s Kiss in the Moonlight.

This is a sweet contemporary romance with no explicit sex or bad language.

April has just gotten out of college in New York and is driving back home to California to a postion her dad has set up for her. She isnt looking forward to living the life her dad is choosing. She meets a hitchhiker that changes her life. Several months later her car explodes injuring her and presuming Rusty dead. Her mom’s friend Sunny picks her up and takes her to her home and helps her to heal. She meets a sexy firefighter. Could a city girl ever be happy in a small country town?

April’s Kiss by Moonlight is a sweet, fun romance. The character’s are all charming, the storyline compelling, and there are some twists along the way.
If you are looking for a good, clean romance with a touch of intrigue, sexy with no explicit on page sex this is for you.
I received a copy of this book for an honest review

How about a little more April’s Kiss In The Moonlight?

April dried her long, lustrous, dark brown hair, which fell to her shoulders in loose curls framing her bruised oval face. Her eyes, so dark they were almost black, reflected her troubles. Her black eye was turning yellow, and the bruise on her delicate chin matched it.

She wrapped a towel around her body and tucked the corner in between her breasts, picked up her hair dryer, and opened the bathroom door. She walked into the living room and ran smack dab into the best looking man she’d ever seen coming around the corner. She bumped into him and grabbed her towel to secure it. He steadied her with his big hands on her elbows as his gaze met hers. They stopped and stared. April felt a sizzle, like an electric current rise her arms and shoulders from the touch of his hands.

Standing about six feet tall with a slender but strong build, the intriguing stranger, had the bluest eyes and darkest hair imaginable. His eyebrows were thick; sideburns perfectly clipped and two days growth of beard appeared on his long, narrow face. She couldn’t take her eyes off him.

Gavin’s gaze took in her glossy brown hair, lovely face, black-and-blue marks and all, then traveled down her towel-clad body slowly, stopping to rest on the swell of her breasts above the towel before sliding down to examine her lovely legs. He was obviously entranced and rendered speechless by her five feet four inches normally attractive, now painfully colorful.  His eyebrows lifted as he eyed her bruised shoulders.

“What happened to you?” he muttered, dropping his hands from her arms.

“Got in the way of an explosion,” she explained.

He nodded, then eyed the engagement ring on her hand.

Her hands were too full to shake his and as she looked down at them, she remembered she was wearing only a towel. Her hand flew to secure the towel’s precarious tuck at her chest while her face flamed. She sputtered something unintelligible and ran from the room, hearing the sound of his low chuckle behind her.

Gavin walked to the door; his eyes followed her outside; she was flanked by a dog on either side. He watched the sway of her hips and the bounce of her hair when she descended the half dozen steps to the backyard. The dogs took off, running. April tried to run but, obviously, the pain stopped her, and she stood still; feeling his gaze, she turned to look at him. Gavin’s eyes met hers, his breath stopping for a moment before he went back to work. April’s fingers raked her hair as she turned away from the house.

He winced when he saw her doubled over from the pain. He wanted to fold her in his arms, soothe her with kisses until each bruise disappeared. A slight heat crept into his cheeks when he remembered the engagement ring she wore. Never before had he wanted another man’s woman; this was the first time. 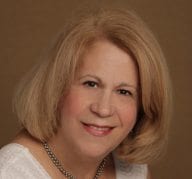 Dangerous Love Lost & Found, First Place winner in the 2015 Oklahoma Romance Writers of America, International Digital Award contest. The Renovated Heart won Best Novel of the Year from Love Romances Café. Lovers & Liars was a RomCon finalist in 2013. And The Marriage List tied for third place as Best Contemporary Romance from the Gulf Coast RWA. To Love or Not to Love tied for second place in the 2014 New England Chapter of Romance Writers of America Reader’s Choice contest. She was chosen Author of the Year in 2012 by the New York City chapter of RWA.

Married and the mother of two sons, Jean lives in New York City. Early in the morning, you’ll find her at her computer, writing, with a cup of tea, her rescued pug, Homer, by her side and a secret stash of black licorice.

Sign up for her newsletter, on her website, and be eligible for her private paperback sales some interesting information about  her books and characters and a fun puzzle!

Remember~~ If You Can Dream It..You can do it!