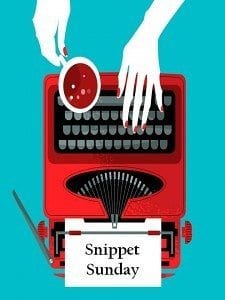 Hi, Y’all this hasn’t been the best week. I have been gettign sicker instead of better. and had to go back to the Dr again. Yes the fluid is still trapped  in my sinuses( noKidding perhaps that’s why I have the headache from hell for two months?) More antibiotic and nothing to relieve the headaches not much he can give me that don’t affect my seizures or stomach.  To top it all off being in the Dr office and crowded sotre afterwards cased me to catch  a cold right in my chest.  It’s hard enough to type with a headache but do it propped on pillows in bed with  chest on fire. But I ma managing a few words a day.

I write in  first-person split views.  I tried hard this time for third but the first chapter was so flat i had to redo it.  If you missed it last week you can find it here.

Remember this is a very raw rough draft.

This week  is TJ’s  a small portion of TJ’s take he was very fidgety.

The ride from Iowa City seemed to take forever. It’s not the first time I have stayed in a host house. Last year we had a married couple that had kids at home. That was quite an experience. The kids at last year’s host house were active, loud and followed me around all the time when I was there.

I grew up mostly alone. My older brother was killed when I was eight. He was 4 almost 5 years older than me. He was hardly ever at home hanging around my uncle Tito. I try to not think of that day when we got the news about Manny and Dad. It still saddens and angers me in so many ways.

When I was offered to stay here if I would donate a couple hours a day to some farm chores I jumped at the chance. When I found out our host had a couple horses, I was ecstatic. Not only do I get to play baseball in a prospect league with a chance of draft I finally get to work on a real farm.

Having some of the other team mates around will be different but nice as well. Especially when I found out my best friend and current roommate, Simon Beckner was staying here as well.

Simon comes from money so he volunteered to drive his SUV. This way we have transportation to practice and town if we need it. He is excited as I am about staying here and getting to work with the animals. He wants to be a vet, though I don’t know how he plans to do that and play ball.

I hate this music he listens to. I think e only owns 6 songs on his IPod since the same six have been playing for hours. I can’t call it rap since it has singing and it I slower than hip hop.
“And how much longer till we get there? Your music is giving me a headache”

“I have some aspirin in the console if you need some. We are in Edenfield now where the Stadium is I want to map out our route from The Field to Mrs. Thomas’ so we know how to get here and how long it takes.”

“You always do think ahead Simon but I really need to get out of this car.”

“DO you want to get out and look around at the Stadium?

“No I can make a few more minutes.”

I love Simon to death but he can be hard to take in large doses. At least at home I can go to my room and ignore him.

“At last we get to be in the same house. You know how meeting new people is for me.”

Simon isn’t small but he is very different and get picked on a lot. He isn’t violent in nature and won’t defend himself. I on the other hand have no problems decking some homophobic butt-head first and asking questions later. That goes for anyone I care about. I won’t lose anyone else without taking action.

“I think we know a couple of the others form our school and team.”

“I think there is only one from our school. Carl Brorby.”

“I know Carl he is pretty cool. But isn’t he really wanting to play professional baseball? Why would he want to work on a farm?

“Yeah. He is majoring in business. I think he can works with his brother some in construction. Some of us will help with the animals some with minor repairs.”

“I see. I guess I figured we were all going to be used as ranch hands.”

Can I change the music since we are almost there?”

“I guess I can listen to a few minutes of some country cowboy whining about  losing their girl, house truck and dog.”

I playfully punch him, then search for a good station.  I figured being near the country it would be easier but most were Simon’s kind of music, some rock and I finally found one with older country music.

We left the main road and the sight was stunning. Lots of grassy pastures with cows, or goats grazing, some trees, fields with wheat and corn coming up and windmills. I love windmills.

After a few miles on this off road we turned onto a gravel road.  I could see in the distance a large yellow house with white trim, a natural wood barn. The closer we got I saw a small herd of goats.

We pulled up and Simon got out to greet out host while I gather my phone and Walkman placing them in my pockets.

I looked up to see the most beautiful woman standing with Coach Rick that I have ever seen. Where is her husband? Wouldn’t he want to meet us to show us our chores?  Maybe he works somewhere else. I see Coach Rick glaring at me so I tuck the Walkman into my shirt pocket and head out to meet my host.

I hopped out of the vehicle and jogged up to Coach and the hostess. Why the heck did Simon park so far from the house. Then I saw the others tossing ball and figured he didn’t want to t chance a ball through his window or a dent. The way we pitch a ball can do some damage.

Excitement overtook me as I took her small fragile looking hand in mine.  I had a strong urge to pull her into my arms and kiss away that nervous look. I only met her moments ago and deep down I want to protect her.  Hot dam no ring! How on earth could a women this gorgeous be single? I guess she could have a boyfriend but all is fair in love and war.

“TJ go join the others while we finish out business.”

He doesn’t look very happy with me. He turns his head back and begins talking with Annie.  A sweet name for a lovely woman. The way the coach is looking at her and talking so gentle I wonder if he has a thing for her?

My friend Vicki  Locey is also writing an intiguing MM romance for NaNo too. If you would like a sneak peak at hers check it out here.